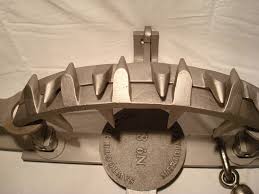 I’m currently reading (well, listening to the Audiobook of) Lethal White the latest in Robert Galbraith’s series of mystery novels featuring the Cornish unidexter Cormoran Strike.   The entire series is well worth a read, and Galbraith has a knack of creating and portraying characters that come alive on the page as incredibly realistic while dealing with the turmoil of the investigation at hand and a succession of personal challenges.

One of the things I’ve really appreciated is the power of delayed gratification.   Galbraith throws roadblocks and holdups at the characters that slow down the unfolding narrative in a suspense building way without getting in the way of a feeling of forward movement through the story.   Conversations are interrupted, other priorities come to the fore, emotional outbursts derail what had previously seemed a settled situation and so on.

I can recommend the whole series to anyone who enjoys a good piece of fiction, whether detective based or otherwise, as well written and utterly engaging.

Relating this to my recent roleplaying exploits I’ve made a conscious decision not to shy away from slowing things down in the games I run without (I hope) this becoming frustrating.   Focusing in on the small details once in a while, letting the little things play out rather than glossing over them.    Yesterday this was made easy for me in the latest episode of The Sundered Seven, a sword & sorcery/Lovecraftian horror game I’ve been running for a pair of excellent players for a few years now.    While on a solitary scouting mission one of the characters clambered into the walled off grounds of the estate of an enemy – a former pirate chief turned local merchant prince.   I’d prefigured the presence of mantraps in the grounds so when our poor hero failed a significant roll he blundered into one and ended up with a badly mangled leg fastened to a steel trap staked to the ground.

Cutting back and forth between this character and the other (equally importantly engaged in finding a safe haven from the supernatural beast that was tracking him) helped me break this crisis down into key points of action, each based around an attempt to accomplish some progress toward escaping.   Could he extract the stake that anchored the trap to the ground (yes, but it took a lot of effort and exhausted him to the point of collapse)?  Could he open the jaws of the trap itself (As it turned out, no)?   Could he crawl in agony to a safe hiding place to avoid discovery (just about)?   Could he identify anything to help him get out of the walled grounds (luckily yes, a broken down old trellis – though climbing it will be a trial in itself)?

But at each point as well the the attempt to do whatever the player wanted to do, I was able to throw in some background information.   He got to see and hear some of the goings on in the estate.    The disposal of a captive.  An interesting conversation between two minions of their enemy.  Most importantly of all at the very end of the session, witnessing from a distance as the supernatural horror that is plaguing the other character was brought out of its hiding place in the grounds and loaded into a cart ready to be unleashed.

Without the forced confinement of the character in that one area, discovering all the useful background info would have been a lot harder to accomplish.  I was glad for good players who don’t mind splitting the party, trusting me to move the spotlight back and forth often enough that they can sit back and enjoy watching the other player’s character story unfold as this allowed me to build a lot more tension than a simple failed stealth roll normally achieves.