In last night’s session of Night’s Black Agents a vampire nearly houseruled the system spontaneously by so clearly failing a stability test it took the Director- me- aback.

Okay so vampires don’t make stability tests, nor did I roll one.   But it sure as hell felt like he failed one.

Here’s a bit of backstory to set the context. 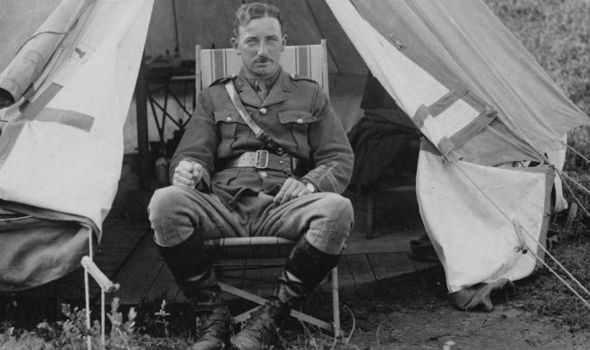 In 1917 Captain Nathaniel Soames was crippled during a shell attack in Belgium during the Great War.  His pelvis and legs were shattered and he was paralysed from the waist down, surviving only because he was dragged back from No Man’s Land by a cockney infantryman Private Harry Sparrow.

Sparrow was an up and coming gangster in the immediate post war years and he was startled to be approached one evening by his former Captain, Soames, healthy as can be and offering Sparrow anything he wanted to set the balance straight.   Sparrow asked for prosperity for his band of miscreants and Soames promised him a century of unhindered dominance over the East End.   The Chapel Boys, as the gang became known, started to piece things together over the next hundred years and stories spread in whispers about the nature of the aid they occasionally received.   The imminent arrival of the end of that promised century is weighing heavily on the minds of their bosses.

Anyway… in addition to keeping his word of honour to the Chapel Boys, Soames has been hiding a secret of his own.  In the mid 20s, adjusting badly to his new undead state, he became obsessed with the young daughter of a family who were his neighbours in life.   Little Dorothy Coleridge (she hated the name Dolly even then) caught Soames’ attention as a spark of lively energy that he’d lost contact with.   He turned her, making her like himself, condemning her to an immortal life in the body of a twelve year old.   Her mind broke and she became cruel and savage.   Soames confined her within a private asylum guarded by his loyal servants and Renfields who occasionally roamed the streets of London to find playmates for Dolly, playmates who would soon become prey.

Soames tried to put his mistake from his mind, but in the way of some vampires he found it easy to grow obsessed and less easy to move on from his mistakes.   Dolly preyed on his mind.  He rarely visited if ever but he never got over her and what he and done to her (and his hopes for what she could have been).

So…  when our bold heroes, Rowan and Hans located the asylum while following up reports of missing girls taken from the poorer parts of London, when they confronted Dolly – which led to Hans being ripped apart by teeth and claws and left half dead – and Rowan staked her, reducing her to foul dust and decay… you can imagine Soames would not react well.

He ditched the job he was undertaking (of which more later) and returned to London, tearing witnesses and leads apart to try to find out who was responsible for the death of his inappropriate immortal paramour.

It came to a head with his hands round Hans’ throat in a side courtyard in the Tower of London with Soames hissing in his face.   “Tell me who killed Dolly and I’ll give you a swift death.”

That was Rowan’s cue to appear on the scene.

“I killed her,” she told Soames, grinning, “Staked her through her itty-bitty heart.”

The combination of the phrase and the way Rowan’s player said it hit me/Soames like a hurled brick.  I actually froze on Soame’s behalf.

“You know,” I said, “I think he just failed a Stability Check.”

And that probably saved their lives in the conflict that followed, throwing Soames off balance and giving our heroes a moment or two to act while he just howled at them in fury.

They made it out alive, and Soames melted away into a crowd of angry ravens after a short and intense encounter but the high point was certainly that moment when the Vampire took the Stability rules unto himself and was found wanting.