Posted on May 17, 2016November 9, 2018 by Finn Cullen
The agents in my Night’s Black Agents campaign are following a number of leads in London, and one of the cases involved the discovery of (and subsequent disappearance of) a victim’s body in a street in Southwark.   I chose Southwark because it’s an area with a history of poverty and people on the fringes, such as mudlarks and toshers dating back a couple of hundred years.    I was also aware that it was the home to a large number of prostitutes in the past, licensed by the Bishop of Winchester and hence known as Winchester Geese.   When I googled the term to add some colour to this quaint bit of background I discovered that Southwark was also home to the Cross Bones unconsecrated graveyard, the site of which now bears this delightful notice. 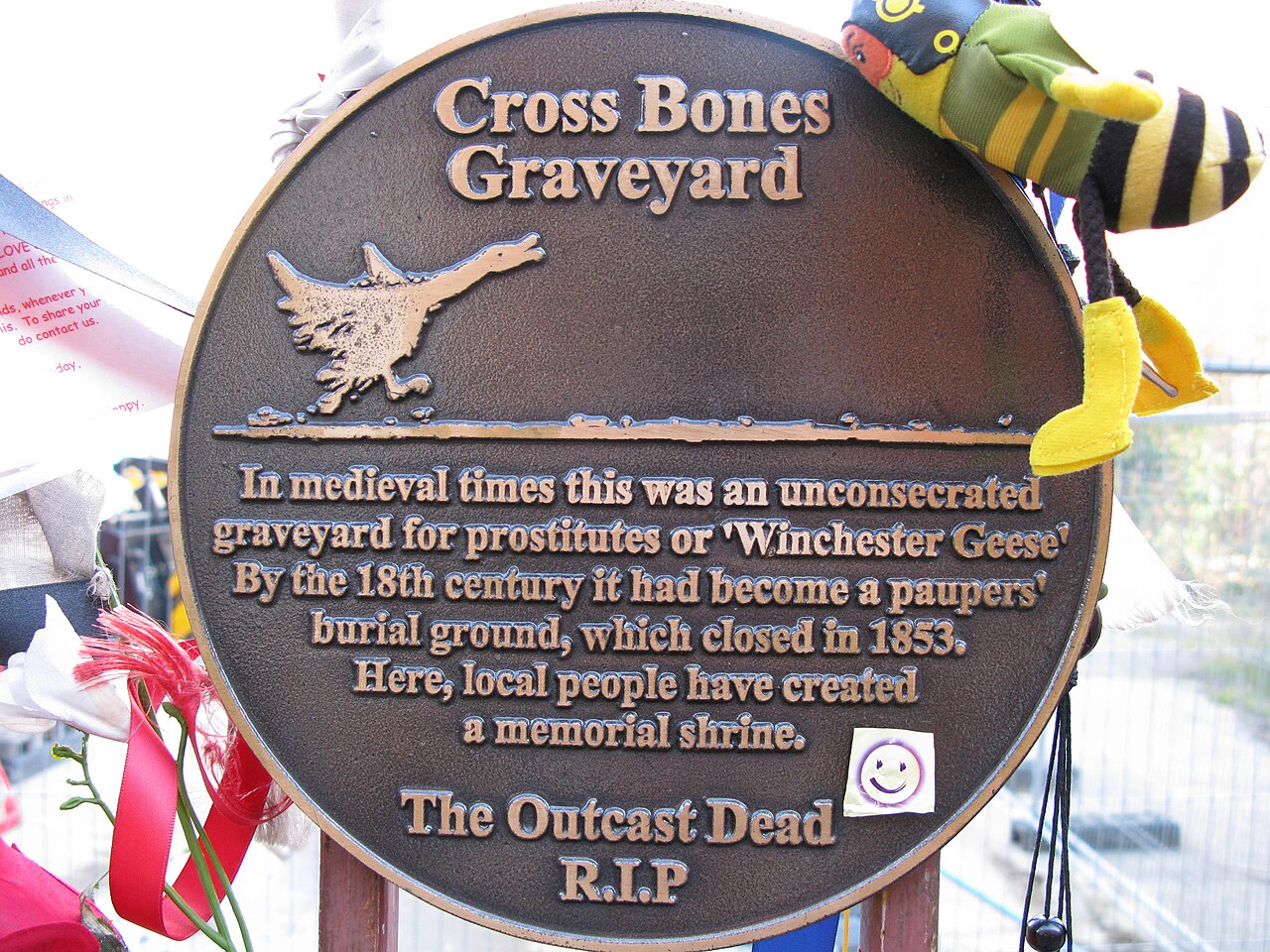 The Outcast Dead.
This stuff writes itself.