Posted on May 5, 2016November 9, 2018 by Finn Cullen
After Sunday’s action packed episode, last night’s visit to the bloody world of Night’s Black Agents was one of evasion and consolidation.   Having had to flee from a murder scene, Hans and Rowan dug in at their safe house and ran through what they’d learned.   The word “vampire” was used for the first time with the comment that “it’s crazy but it’s the best fitting theory so far”.
Rowan contacted their Control at RedShift via a text message to their handler GAUNTLET to let them know what had happened.
This was shortly followed by a protocol breaching phone-call in return:
“This is Gauntlet, this is Gauntlet.   You’re burned.   Don’t report in.  Don’t come in.  Go dark.”
Hot on the heels of that disquieting message came a text from RedShift from an unfamiliar codename, Firebird.
6676 Firebird.
Message Received. Fall back to rendezvous Alpha Six for debriefing. See you soon
After a moment’s silence the pair decided simultaneously.   No way were they going to report in now.   They moved out of their safehouse at once, stole a new car, invoked a pair of previously unused identities and headed out of town.  Once in Paris, Hans visited a storage unit he’d set up previously (thank you Preparedness/Cache rules) and emerged with a suitably improved vehicle and some helpful if as yet unspecified equipment in the trunk.   Rowan then set them up with a nice apartment overlooking the Opera.
Here they went through the papers they managed to remove from Masson’s house before they fled, and went through the unsent draft email folder in his email account.    The papers consisted of pages torn from a Bible with certain verses highlighted.    The blood is the life… over and over again…  references from Genesis to living forever if Adam and Eve had stretched out their hand to the fruit of the tree of life…  All very unsettling but nothing conclusive. 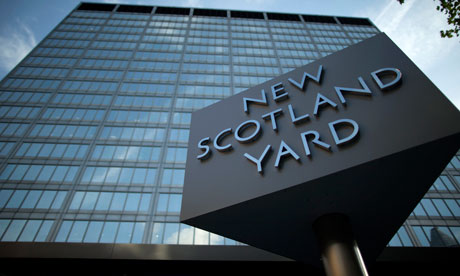 But in the draft message in his gmail account there was a reference to a Scotland Yard detective named Templeton who appeared to know something of Masson’s obsessions.   Routing a call through several cut-outs, Rowan called through to Templeton who was shocked to hear of Masson’s death.   He wanted to arrange a meeting there and then opposite the Salvation Army headquarters in Oxford Street but Rowan had to tell him they weren’t in the country yet…

Next stop, back to Calais and a night time trip through the channel tunnel.   As their car was being loaded into place on Le Shuttle they recalled a comment from Masson’s email about running water stopping Them… but what about beneath?
And a few cars ahead a familiar white transit van with Star Logistics livery was being loaded onto the same train… the same van that had chilled the air around it earlier that day, and that probably contained the sinister Hungarian visitor they had seen at the trafficking drop-off.
Roll Credits.