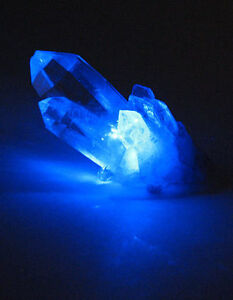 It was boredom that drove me.   The drugs were simply for something to do.   Acid, peyote, salvia, shrooms, they were all just things to do. I’d read Castaneda, and Huxley, and the others.   The mysticism of it passed me by, the experiences all I wanted.

I was introduced to Petrie by the friend of a friend.   I loathed him.  Petrie was too thin and smiled too much, like Death with a dirty joke he was waiting to shock you with.

“You really want this,” he said and handed me a single blue crystal.  It looked like a teardrop and felt like gel.   I didn’t ask him what it was, wasn’t interested.   He called it “HPL” and laughed.

That night it melted on my tongue, bitter and lingering.    I sat and watched static on my television and waited for the effects to kick in.

Time slowed and I could no longer move.  Not breathe nor blink nor twitch.   Each heartbeat rolled like a peal of thunder taking an hour from start to finish.    Even that stopped.  The television static was truly still now, a collage of visual gibberish.

I could not stop my thoughts.  All else had stopped but not my thoughts.   Time had ceased and only thought persisted.    There was me, and there was an eternal moment that I would never be free of.

In my mind I screamed for centuries.

And my screams were heard.

The things that live in the gaps between moments came to stare.  I cannot describe them, but they felt like the presence of the bereaved.   And they came to stare at me like a freak in a sideshow.   For milennia they came and soon I knew them all.

“Weep,” said Petrie after ten thousand years, and he pressed a glass tube to my cheek.  I blinked then, only once, and a half dozen tears fell and became blue crystal in his keeping.

He smiled and crept away, and left me timeless.