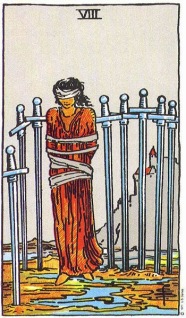 Often she dreamed of towers and dragonback flying and strong hands holding hers, of golden rings blazing with power and of long tracks in the wilderness that led, finally, to nowhere at all.

At precisely 06:15 the screen in her apartment blared out its alarm and dragged her upright and attentive while she was still not yet awake.   Stretching and calisthenics until 06:30 and then a breakfast of souring milk and tasteless Libertyflakes before the long walk to work.  Her bicycle, requisitioned a month ago and, melted down, was helping to secure victory against the relentless inhuman enemies of her freedom to obey and work herself to death.

She didn’t think that thought.

Between 08:58 and 13:01 she sat at a desk with a shiny plastic table whose top didn’t quite look like wood.   Documents arrived on her left and she corrected them using a combination of voice recognition software which didn’t work and a grubby grey keyboard that mostly did.

She dreamed often of a world of glorious cold dawns and sisters with corngold hair, of incantations and dancing barefoot in forbidden places, and of a lover as wild as drunken lightning and  as gentle as summer waking.   She dreamed of a kiss on her lips, and of wearing the necklace he’d given her, a fallen star sheathed in whispergold.

Between 13:05 and 13:25 she ate with the others in ordered rows.  Noodles and soya cubes and the news broadcast at full volume gleeful with imminent victory and sombre reminders that the enemy could strike at any time and hated hated hated the luxuries and freedom that were so commonplace here.   The noodles were undercooked and crunchy.

Between 13:29 and 17:32 she sat at her desk correcting errors and omissions.  She excised a photograph of a dead eyed man from a ministry bulletin from a year ago, it had been placed there in error.  The man had never worked there, though she was sure she’d seen him just once on the day she’d first been shown her desk.   Another error corrected.

She dreamed some nights of a long trail in the wilderness, through grass, that led nowhere.   She’d held the hand of the man who was her wildfire and told him that if she fell in battle she’d want to be buried beyond that horizon, with his necklace on her cold breast.   He’d smiled and said she would never die for he was a king, and he would never allow it.

At 17:36 she began the walk home, with all the others.   The bulletin had promised sunshine and clear weather for the evening commute.   Someone fell into step next to her, took her hand.   This didn’t happen.     He was lean and grim and she did not know him.

“Don’t think I haven’t tried,” his accent was Scottish, his voice insistent, “I need your help”

“You need to show me where to dig,”

It was about quarter to six and raining gently.