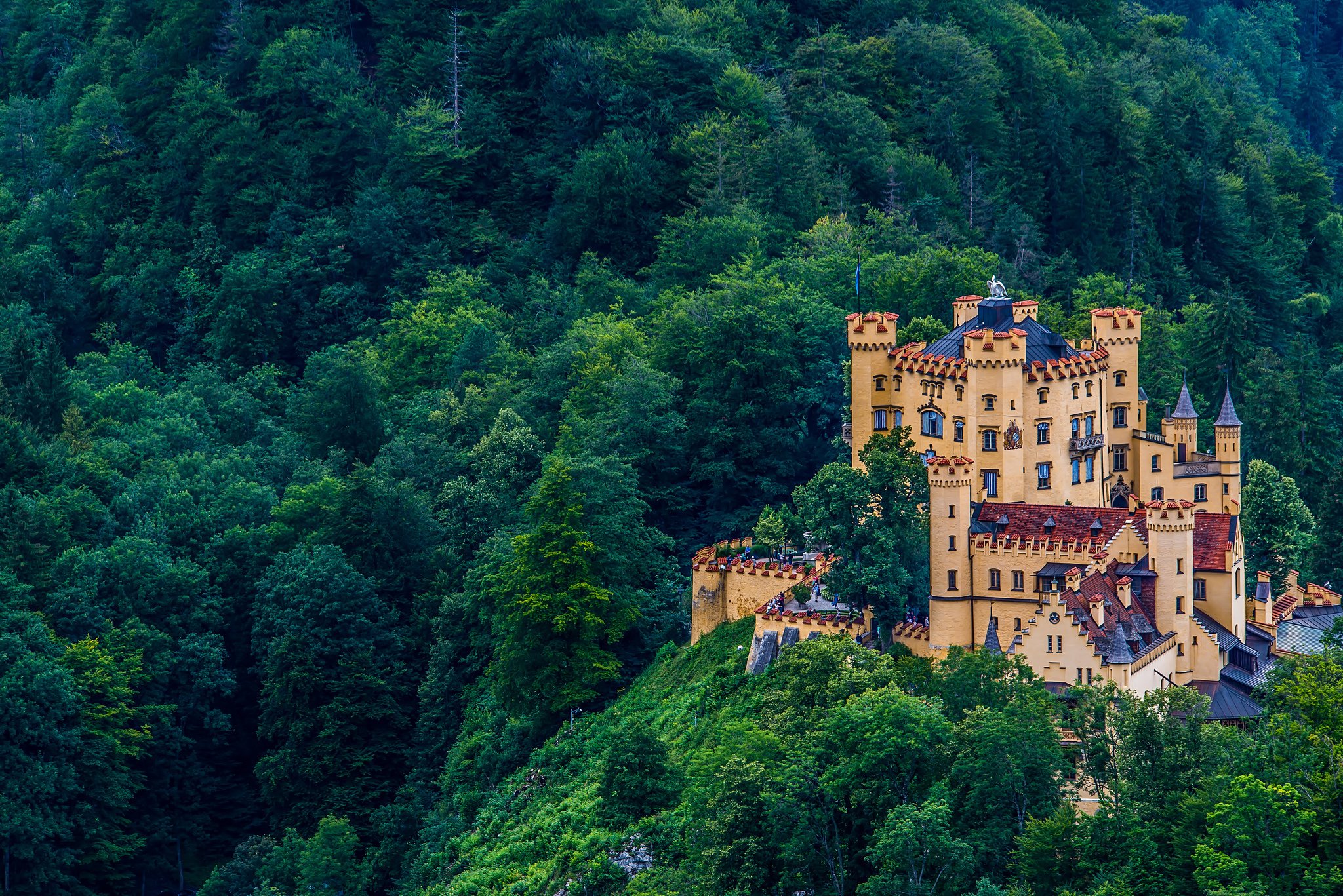 “He’s on his way, I’ve seen him through the eyes of owls.  Young and full of vigour,” Her voice was self-satisfied, with just a hint of lewd appreciation.
“So romantic,” came the reply in gentle delicate tones of wistful contentment
“Romance be damned,” the third voice was a menacing rumble, “it’s the story that draws him.  Always the story.”
The three of them waited in an upper room, looking out of the window into the wooded valley below.   The house was glorious once, but that was before it had been abandoned to the elements and to time, before moss and vines grew over its surface and the burrowing creatures dug into its rocky foundations, before the rain and wind of countless years wore away the paint and etched age into the face of the building.
The three of them wore the shapes, more or less, of women.
“We should try to stop him of course,” said the first of them, “Should I…?”
“No,” sighed the second, “let me.  Poor boy.”   She relaxed out of her vanishing body and the valley forest pulsed in response.
“She’ll botch it,” growled the third.       They watched as the canopy of trees quivered far below and a few moments later the one who had vanished returned.   She was ragged and glaring now, her green clothing tattered and torn.
“Clever boy,” she said, and she’d lost the wistfulness,  “My vines and stinging plants engulfed him.  He sprayed me with chemicals and withered me.”  She spat on the floor.  It steamed.
“My wolves will end him,” said the first of them.  Her eyes gleamed orange and she was gone.   Below there was howling and shouting and chasing and…
She was back suddenly, clutching herself and leaking blood.
“Revolvers,” she growled, “and he’s a bloody good shot.”
“Useless,” boomed the third of them and the sky darkened as she vanished.   “Leave.  Him.  To.  Me.”    The last four words were thunder crashes, and lightning stabbed the valley shattering trees and stone where they struck.
The other two looked at each other and waited.
“He’s good,” said the one in tattered green.
“He’s the one,” said the wolf-eyed woman.
Suddenly the third of them was back, pale and furious.
“He’s a pain in the backside,” she said, “And he’s tough.  Made it to the steps.”
They all peered out of the window and looked down.  Far below a young hero staggered up the long flight of stairs leading to the house.   He was injured and soaked and a little scorched, but undaunted.
They sighed and moved further in, resting on a balcony overlooking the grand hall below.  In the centre of the hall was a bed and on the bed a maiden lay, pale and golden haired and untouched by time.
The young man thrust open the mossy doors and staggered into the room.   He paused as he took in the beauty of the maiden sleeping in the mansion lost to time, but he only paused for a second.   And then, his strength renewed he strode forward and bent over her to kiss her flawless skin.
“They always get the story wrong,” the first grumbled as the maiden’s eyes flickered open.
“Such a shame,” agreed the second.   The maiden wrapped her arms around his shoulders and opened her mouth wide, revealing twin rows of pearl white fangs.  The young man screamed as she bit down.
“The sacrifice of the heroic king,” said the third, nodding, “has to be the strongest, the cleverest, the finest.   And they’re the only ones that make it through, who make it past the flora, and the fauna and my merry weather.”
In the chamber below the maiden sat up and stretched, her gown soaked scarlet, her lips dripping gore.     She waved at the three faerie who had guarded her, and they waved back grinning.
Job done.