For no real reason other than the growing impatience with myself for not keeping this blog updated more often I thought I’d pollute the pages with a brief run down of the campaigns I’m running at the moment.

In no particular order 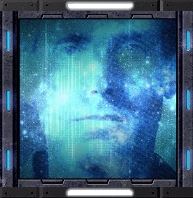 Grey “8.73” Stevens, quirky network troubleshooter for the Threshold Corporation has recently returned from a nerve wracking trip to the slightly less totalitarian Hong Kong on the edges of the entirely Orwellian China nearby.    There he located the oblivious daughter of the last generation’s most infamous (and deceased) Netrunner who still seems to be actively attacking Threshold.

Aisha, the daughter of Grayson Mason, had fallen in with a group of activists hoping to score a propaganda coup against the regime by disseminating seditious material into a scheduled propaganda broadcast.   That whole thing was a set up of course but Grey and his team managed to save Aisha – if not her team – and extract her to international waters.

Lord Adriel of Genlith has avoided being framed for the murder of a young noble of a rival family and discovered that the victim was involved in a political intrigue against House Genlith.  He’s now trailing his coat as a potential contact for the conspirators by dropping hints of his own dislike for his family.    His servant Inyë is still struggling with the problems of having a mental contact with the Prince of Carcosa and the increasingly prevalent sensation that the world around him is just a play being put on in that imaginary realm and he is somehow both character and actor.     In the closing moments of the last session the dreadful Baron Lokran stormed the inn in which Adriel and Inyë were staying with a mob of cut-throats.  Lokran’s plan was to kill Adriel in dreadful ways in revenge for Adriel’s aid in securing the escape of the woman who had half killed Lokran during an encounter years earlier.    The scene ended with wounds on all side, but Lokran pinned down and Adriel cutting open his throat with barely a flicker of remorse for putting down that mad dog in human form.

Hans and Rowan, burned spies, have reached Istanbul on the night of the coup of 2016.   They found themselves in the middle of a conflict that seems to have been building for ages between the desert demon Gallu and his undying sorcerer minions on one side and the newly loosed Dracula and his Grigori servants on the other.   Operation Edom who had thought Dracula was on their leash is quickly learning how wrong they were.

Our heroes have managed to track down one of Dracula’s earth boxes in Istanbul and sterilised it – but they know that five more were brought into the city in preparation for his escape.

And just who are “The Crusaders of the Star” – a modern occult group claiming Templar roots – that also have a new presence in the city and have found themselves in Dracula’s crosshairs?

The Keyholders
(Was Trail of Cthulhu, now Cthulhu Confidential)

Daniel Crowther, detective of the Boston PD, now on extended sick leave after the trauma of taking down the bestial “Boston Devil” serial killer prior to the start of the campaign, is trying to make sense of the new world he is finding himself involved in.   From a simple missing person enquiry that led him to Arkham and to the strange bloodline of that particular person he learned of the break up of an old Hermetic Order based in Providence.    Following the trails of the former members he has found each has pursued the teachings of that Order in their own way.

Crowther has learned stories of ancient races of the earth that predate man, of the dangers of the Jansky Hiss at the heart of this galaxy (and why the strange fungus creatures wanted to shut down the radio telescopy experiment that was learning of it), of the dangers of writing arcane lore into play-form and then performing it in a strangely changing city (And just how did Crowther walk through the under-river tunnel.. which was not even completed in 1933… mind you neither was the public suicide booth in the park near the Obelisk).    Currently he is working to close down what appears to be a twist in time and space in a new hermetic lodge in New York opened by two of the men he was tracking down (now vanished) and the younger members of the cult are referring to him as  Magus.   Which is clearly insane… until Crowther realised just how much more of this crazy stuff he knew than these initiates.

Due to start shortly – the unexpected death of a likeable young man in New York and the confusing aftermath of questions and recriminations, leads somewhere very strange indeed.   Old old secrets and conflicting choices await. 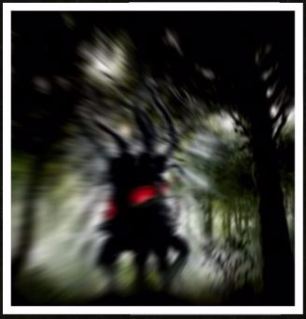